Responsive web design (RWD) is an approach to web design aimed at crafting sites to provide an optimal viewing experience.

The two companies announced that Google has acquired intellectual property (IP) related to Fossil’s smartwatch technology that is “currently under development.” As a part of this transaction, a portion of Fossil’s Research & Development team working on this tech will join Google.

The tech purchased by Google is something Fossil created after buying Misfit and is a product “that has features and benefits that aren’t in the category today,” (not in the market)according to Greg McKelvey, an EVP with Fossil Group.

Google’s Stacey Burr, the VP of product management of Wear OS, added that they “saw some technology that [Fossil] were developing that we thought could be brought out in a more expansive way if Google had that technology, and was not only able to continue to use it with Fossil but bring it to other partners in the ecosystem.” In other words, Google bought this tech to be able to bring it to more Wear OS watches and not have it just be a Fossil exclusive.

It doesn’t take a genius to figure out that Wear OS is simply not doing well. In the past two years, we’ve seen fewer smartphone makers making smartwatches with Wear OS on-board. In fact, Huawei announced a new smartwatch last fall, and it runs its own proprietary OS, instead of Wear OS. Samsung has also gone all-in on its Tizen software for its wearables. LG is still working on Wear OS, but it is not releasing anywhere near the number of Wear OS smartwatches it did in 2014 – when Wear OS was new.

If it weren’t for Fossil, Wear OS would likely have faded away by now. Fossil has launched over 100 different smartwatches across the many brands that it makes smartwatches for. This includes the likes of Emperio Armani, Misfit, Michael Kors, Kate Spade New York and others. Whereas other companies have almost stopped launching new Wear OS smartwatches.

Fossil hasn’t released any new features for its own Wear OS smartwatches yet, and this is largely because Wear OS is pretty strict on what watchmakers can do with Wear OS. A stark difference from Android, where manufacturers can basically do whatever they want.

If Google really wants to fix Wear OS, the first thing it needs is to secure a good SoC supplier. Today, no component vendor sells a good smartwatch SoC that a company like Google can buy. Qualcomm is really the only game in town, and it doesn’t seem to care about the smartwatch market. Qualcomm has had three major “generations” of smartwatch chips: the Snapdragon 400, the Snapdragon Wear 2100, and the Snapdragon Wear 3100. Fundamentally, these three chips, released over a four-year span, are all the same. They all use Cortex A7 CPUs built on a 28nm manufacturing process, which was state-of-the-art smartphone technology back in 2013. Qualcomm hasn’t invested in building a serious smartwatch chip and instead only pays lip service to the market by repackaging the same core technology year after year. I don’t think it’s possible to build a viable, competitive smartwatch using a Qualcomm chip.

Fossil is a fashion brand. It’s not a tech company with any kind of expertise that can fix Wear OS’ numerous foundational problems.

When it comes to hardware, Google relies on an ecosystem of component vendors to produce a good product. This works fine in established markets like smartphones, but it makes it very hard for a company to break into new form factors that the component vendors aren’t already heavily invested in. Non-Apple smartwatches are not a thriving market, and component vendors would have to take a big risk to develop quality components for a market that doesn’t exist yet. Qualcomm has clearly decided it’s not willing to take that risk.

Wear OS is what happens when a hardware ecosystem collapses. You can build the best hardware and software on Earth, but if it’s all running on a hundred-year-old SoC that is hot, slow, big, and has terrible battery life, you aren’t going to end up with a good product. Unless Google can shore up the foundation of its platform and secure a new line of quality, competitive smartwatch SoCs, there is nothing that can be done to save Wear OS.

Web Indices was on air on the 17th of April 2019, to discuss its upcoming Easter Promo and the Essence of Web Presence Training

Web Indices your go-to one stop web shop will be having an Easter promo on our domain packages between the hours of 10pm and 12am...

With the awakening of the Nigerian public to the immense power of the internet, more and more people are becoming aware of also...

Many a time, newbies to the web presence adventure get overwhelmed and in very many cases disoriented having to keep up with ...

he most important thing for any kind of  website is to be structured in such a way that allows its visitors to get the... 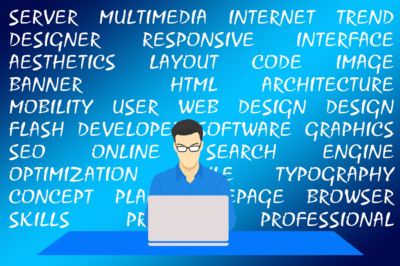